Utah Prosperity Project: Vision and Leadership Start at the Top

Vision and Leadership Start at the Top

Utah is consistently recognized as the best performing, most diverse economy in the nation. Over the past seven years, Forbes magazine has named Utah the “Best Place in America for Business and Careers” six times. This kind of success does not happen without great leadership, and in Utah, we are lucky to have Gov. Gary R. Herbert at the helm.

The purpose of the “Utah Prosperity Project” is to highlight Utah’s economic successes and areas for improvement. With that goal in mind, there is no better person to speak with than Gov. Herbert. I had the chance to speak with the governor about future goals for the state and discuss areas we need to focus on if we want to continue to achieve economic success. 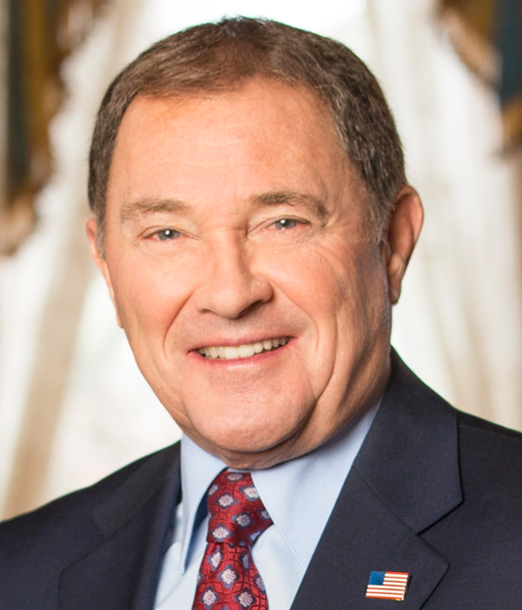 Undoubtedly one of the state’s greatest successes is the strength of its economy. To illustrate this, Gov. Herbert noted that Department of Labor Statistics data shows Utah has the best private sector job growth creation rate of any state in America today. But he was careful to note that it is not just about the economy. Utah is doing well in a lot of areas. It has been able to meet its infrastructure needs and demands despite being the fastest growing state in America.

“That’s a significantly heavy lift,” said Gov. Herbert. “We’ve dealt with our infrastructure needs in a fiscally prudent way, while improving efficiency throughout much of our state government by 25 percent. We have fewer state employees today than we did 15 years ago. These things have not been easy, but are necessary for success and prosperity.”

Gov. Herbert circumscribed it all – job creation, the strength of our infrastructure, improvements in education and efficiency in state government – by noting that such successes lead to a great quality of life and economic opportunity. But there is a caveat, he explained. “While the data clearly shows that Utah has enjoyed significant success, we aren’t perfect, and we must not rest on our laurels. There’s much yet to be done.”

When I asked the Governor what he viewed as the state’s greatest challenge he did not hesitate to say growth. Utah’s population is expected to double by 2060 and that growth will put a strain on resources from the state level all the way down to counties, cities and towns. A growing population will impact infrastructure, education systems, supply chains and so much more.

“We need to make sure we can accommodate the state’s projected growth. We need to anticipate it, plan for it, and make sure we are in fact prepared for what is to come. Otherwise, we will experience a diminution in that unmatched quality of life that Utah has achieved through toil and strife. Being prepared is going to take some effort, some coordinated planning, and unprecedented collaboration between all levels of government and the private sector,” he advised.

So where does the Governor see the state in the next five years?

“I believe that we will continue to have success economically, and we’ll focus on the issues at hand to ensure that our already outstanding quality of life continues to improve.”

Utahns need to be visionary, he added, to see what needs to be done to accommodate the rising generation, so that they have opportunities to enjoy the state’s quality of life.

“We need to continue to look forward, not only at our short-term needs, but also at medium and long-term needs,” he continued. “We want to make sure Utah’s government continues to be an efficient government — one under which the taxpayer feels that their money is being spent appropriately, and with thoughtfulness.”

Further, he said the state should maintain an appropriate and proper role in safety net services, and added that he will be looking at tax reform and opportunities for the 2018 legislative session.

“Over the next several years, we will try to set the table – not just for 2017 or 2018, but for the next generation,” he said. “The status of the country is somewhat dysfunctional, but Utah will continue to be a leading state. Our long-held conservative principles and heavy reliance on evidence-based policymaking provides an example for other states and for the federal government. If other states or Washington look to what we’re doing here in Utah, they can experience same kind of success we enjoy.”

He emphasized that Utah is becoming an “island of tranquility in the sea of chaos and conflict” we see across the country, and that Utah has an important role to be a good example of what he calls “the Utah way.” That, he said, will help others find a similar path to prosperity.

“Utah,” he added, “is the best place to live, work, and raise a family — and our goal is that the unmatched lifestyle that is experienced within our state will ever endure.”