With all the news about Utah competing to win Amazon’s second HQ, this is a good time to look behind the scenes at how corporate recruitment enhances Utah’s economic prosperity.

To get a better understanding of how Utah approaches corporate recruitment I reached out to EDCUtah President and CEO, Theresa Foxley. One of the important things she shared with me was the recently released report on her organization’s economic impact for the fiscal year 2016-17.

Building a Pipeline for the Future 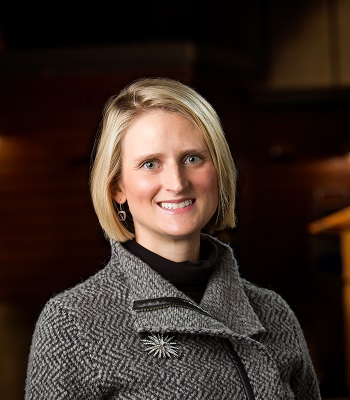 Those are impressive numbers. What’s more, if we extrapolate numbers like that over the 30-plus years that EDCUtah has been leading the corporate recruitment effort the results would, I am certain, be quite staggering.

As Theresa and I talked, I wondered how many people in Utah realize the impact EDCUtah, or “Team Utah” as they like to be called, is having on the state in terms of corporate recruitment and sustainment. Given the strength of Utah’s economy—which has steady economic growth and just a three percent unemployment rate—few people see the effort put in behind-the-scenes to ensure Utah’s economic success. Theresa said her team is able to focus on two verticals: (1) research and marketing and (2) business development.

Regarding the first, she said Team Utah conducts extensive research and marketing to support its 60 public partners in their economic development goals. Additionally, they also assist their private partners with their research and data needs.

As for business recruitment, Theresa told me that retaining and recruiting high-paying jobs to the state is one of Team Utah’s highest priorities. She noted that as home-grown businesses flourish in the state, they often have the site selection needs as outside business who are looking to relocate or expand. Thus, Team Utah focuses on supporting these businesses so that they don’t feel like they need to exit the state to find suitable working environments and the workforce.

“We always want to make the case regarding why they should stay here and grow,” she added. “It’s really the same message we share with outside companies that we want to recruit here.”

Businesses in those cluster areas typically pay higher wages than other types of businesses that could be recruited to the state. Each of these vibrant sectors leverages Utah’s core compelling competencies in a broad range of industries, innovation, workforce and competitive advantages. Theresa noted that together, the cluster areas have a growth rate of approximately four percent, which is higher than the state’s three percent average growth rate.

As Team Utah recruits businesses within those cluster areas, the organization is not only attracting high-quality businesses to the state, but also helping to build out the supply chains and infrastructure that will help those businesses and industries thrive here and generate even more growth.

In another exciting element of Team Utah’s corporate recruitment effort, Theresa told me her organization recently completed its first product development milestone, the “Mega Site” certification of a large tract of land in Elberta, which is located in Utah County. Knowing that I was puzzled about what a “Mega Site” is, she described it as a large tract of land that her organization and partners have extensively researched, that is heavily infrastructured and located in a community looking for a landmark development project.

What EDCUtah recognized is that by taking the guesswork out of site development, Utah would be more attractive to the large-scale advanced manufacturing businesses that require extensive space and infrastructure. Leading up to the certification the team began an exhaustive best practices survey in partnership with MRED students at the University of Utah and then formed Mega Sites Steering Committee to set up a process for certifying a Mega Site that would also serve as a beta site.

“We now have all of the information on the site that we need to actively pitch it to the right tenant,” she added.

As the private face of corporate recruitment in the state, EDC Utah works with many partners, ranging from World Trade Center Utah and the Governor’s Office of Economic Development to utility companies to higher education organizations.

“I know it’s cliché,” said Theresa “but we couldn’t be successful in corporate recruitment without the unique partnerships that are­­­ truly Utah’s secret sauce. The state is so unique, everyone we work with is happy to support us and evangelize all that Utah has to offer.”